Jemima Sherow was the marrying kind, as were most American women in the mid 1800s.

Women in her era had few options. They grew up, married, had children and setup housekeeping.

Many couldn’t buy property in their own right. With few exceptions, careers weren’t for women and there were limited employment opportunities outside the home.

Women had virtually no political voice and little influence in public affairs. [1] Urbanization, better transportation and a growing middle class led to changing roles mid-century that in part gave rise to what some have called the “Cult of domesticity.”[2] The Cult of Domesticity held that women’s roles were confined to the home: Wife, mother, housekeeping and keeper of moral and religious beliefs. Women were to uphold the virtues of piety, purity, submissiveness and domesticity.

Thus it’s hard for us to know today if couples then married for love, money, necessity or simply because it was the nearly universal expectation, particularly for women of that day.

Jemima Sherow was my 2nd great-grandmother and the likely the third child of John Sherow and Susannah Young, who had at least eleven children over a span of nearly 20 years.[3]

As the eldest daughter, she likely would have taken on many of the household chores and helped care for the younger children.

In today’s society we might liken her to a “Xennial”, because she came of age during a period of great change. Jemima knew what life was like on the frontier, but as she grew into a young woman, society enjoyed greater mobility with expansion of railroads and the canal system. Literacy was increased thanks to public education and land-hungry Americans gobbled up property in westward expansion, as they pushed the few remaining Native Americans onto ever shrinking reservations.

Since the family owned land in Ohio, it’s hard to guess why they relocated to an area that was just being settled.

Their world was forever changed with the death of Jemima’s father in July 1853,[8] just a few short years after the family’s big move. It must have been difficult for Susan (Young) Sherow to care for her family with him gone, and small children to care for.

American society was undergoing changes then, too. Women’s suffrage was a growing concern, labor conflicts were on the rise, photography was a developing craft and tension was rising about slavery in the U.S. Shortly after Jemima’s marriage, the U.S.would erupt into the Civil War.

Yet, like so many other women of her day, Jemima married just shy of her 21st birthday, on Sept 21 ,1856 in Fulton County, Indiana, to William Wallace Pettit.[10]

Jemima’s first marriage is unique in our family because of the story passed from my great-grandmother, to my grandmother to me.

Short and bittersweet, the story says that Jemima and William Wallace Pettit married against the wishes of their respective families. William was said to have been disowned by his wealthy, Irish-Catholic parents. Worse, he died young after being kicked by a horse, leaving Jemima widowed at the close of the Civil War, with four young daughters to support.[11]

Is it true? That’s hard to say after all these years. But it’s the lore the family clung to and it’s how they made sense of the tragedy Jemima and her girls experienced. This story circulated in several branches of Jemima’s descendants’ families, which gives credence that at least for the family, this was how it was. In retrospect, I’d like to believe Jemima and William were madly in love when they married.

But, all evidence needs to be examined and evaluated against other available evidence for accuracy and relevance. Family “stories” are especially prone to inaccuracy, yet they add color to our ancestors’ lives and can hold clues for family researchers. This is part of an ongoing research project, so I’ll share more about William Pettit in another installment.

The only additional record I’ve found to date for Jemima and William after their marriage is their 1860 US. Fed Census enumeration.[12] Just two of their four daughters have been born so far.

It shows that William worked as a blacksmith and the family did not own land. They were somewhat poor, as compared to their neighbors, many of whom were landowners. William’s occupation supports the family story that he was killed after being kicked by a horse.

I haven’t located a death record for William yet. Indiana didn’t begin keeping death records at a statewide level until January 1900. I’ve found no other records of his death, to date.

For Jemima, widowed with four young daughters to care for, remarriage was almost a necessity. Though she was likely a skilled housekeeper, she would have had a hard time putting food on the table.

After William’s death, Jemima went on to marry twice more, first in 1866 to John W. Young,[15] with whom she had several more children. And, after being widowed a second time, to Benjamin Griffith Martindale in 1899.[16] She died before Benjamin on March 4, 1911 at Marshall County, Indiana.[4][17] But these are stories for another time …

Were Jemima and William madly in love? We can’t know today, but if they truly married against their families’ wishes, it’s a strong possibility.

Genealogy is a work in progress. More research is ALWAYS needed, and some data shared here does not reflect the entire story of the subjects. I’ll be sharing more on some of the folks in this post in future entries.

The first thing I’ve learned in participating in the 52 ancestors challenge is how many holes there are in my research! I’m also finding what a challenge it is to provide source information for content I’ve shared. I hope this will become easier as I move through this challenge.

And, a word on surname spelling: Before spelling was standardized, particularly before widespread literacy, surnames were often seen spelled many different ways in documents created during our ancestors’ lifetimes. In the citations, I’ve spelled the names as they appeared in the document(s) referenced, but in the text, I’ve used the standardized spelling for surnames.

Check out some of these links to learn more about women’s lives and changes in American society during Jemima’s lifetime at these links:

[2] Catherine J. Lavender, Notes on The Cult of Domesticity and True Womanhood, prepared for students in HST 386:Women in the City, Department of History, The College of Staten Island/CUNY. 1998. (csivc.csi.cuny.edu/history/files/lavender/386/truewoman.pdf: accessed 14 February 2019).

CATEGORIES — Stuff I write about 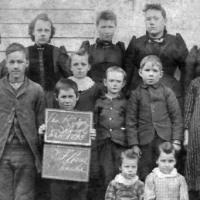 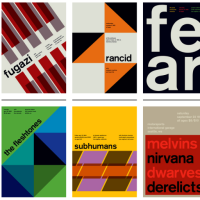 Grandma’s Genes is a member of Geneabloggers.com

The Martin, McGhee, Vining, Joy, Tower, Kennedy and other family lines. Sharing our photos and stories and history.

Baugh, Bass, and Beyond

Finding the facts behind the legends!

These writings are about my surroundings and what I've been surrounded by.

Discovering Your Ancestors - One Gene at a Time

~keeping track of tracking down family members & their stories~